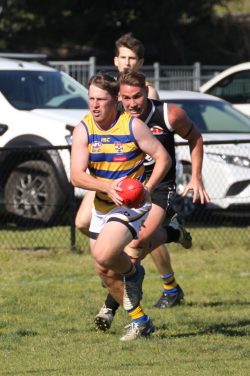 Started playing as a colt (U18’s) in 2011 and originally came here as I was planning to study at USYD and possibility of a NEAFL program.

Growing up who was your favourite player and why?

Which team mate would you like by your side during a zombie apocalypse?

Marcus Valastro – not sure even the zombies would try to take him on.

What’s your go to meal post-game at the Nags?

Team mate most likely to star in the Bachelor?

Will Stratford – Wouldn’t surprise me if he’s applied already.

Best advice you’ve ever been given?

Snowboarding in Canada/Ashes tour of England.