My journey with the beloved Sydney University Bombers started in 2009. I was a bartender at a nearby pub at the time and a few of the girls convinced me to give footy a go. I had no understanding of the game and had never seen a game, but I went along to a training session and I haven’t missed a season since.

I was hooked from that very first session. The Bombers were such an inviting and enthusiastic group. The culture was fantastic – it did not matter what your background was, as long as you were there to learn and have fun, you were welcomed with open arms. I believe this is the biggest reason why I have played as many seasons with the Bombers as I have. I always tried to replicate that same welcoming that I received on that very first session to all new players that turn up wanting to pull on a pair of boots and represent the blue and gold.

There were six teams when I started in 2009 – Western Wolves, Sydney University, Balmain Dockers, UTS, Macquarie University and Newtown Breakaways – and it was tough. We trained on a poorly lit patch of what is now the main rugby field, did a lot of our own taping, managed our own rotations, sourced playing kit and coordinated sponsorship but we still had a bloody great time.

Over the next decade or so, both our team and the entire women’s competition developed significantly. The Bombers would go on to be make finals from 2010 to 2019, reaching the Grand Final from 2011 to 2017 and winning the 2013 and 2014 seasons. I would say that’s a fairly astounding accomplishment for any sporting team and one that I am extremely honoured to have been part of.

There are now four divisions in the AFL Sydney Women’s competition and around 39 teams. The skill of players has improved exponentially, as has the number of women and girls playing footy. It’s also great to see the new pathways for women and girls to play footy and reach the highest level. I’ve been lucky enough to be part of the National Series, NSW/ACT Academy, Sydney Swans Academy, GWS Academy, Exhibition Matches, Winter Series and recently to Melbourne to join Carlton for the 2020 VFLW season.

I have had the wonderful privilege to witness the growth of women’s footy both as a participant and as a fan, and I’m incredibly excited to see what happens next.

It’s now my 12th season and my boots and mouthguard are ready and waiting as soon as it gets underway. It may be in a different colour this year, but my heart will always bleed blue and gold. 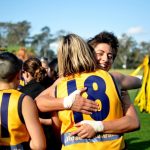 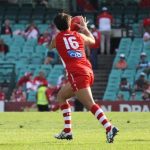 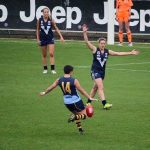 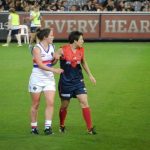 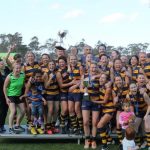 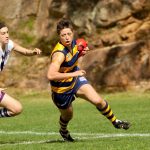 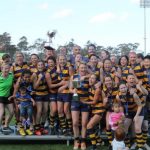 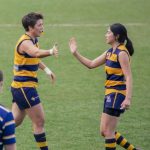