They say consistency breeds success, which would explain why Sydney University have elected some very familiar faces to lead the charge of their Premier Division squads for 2023. 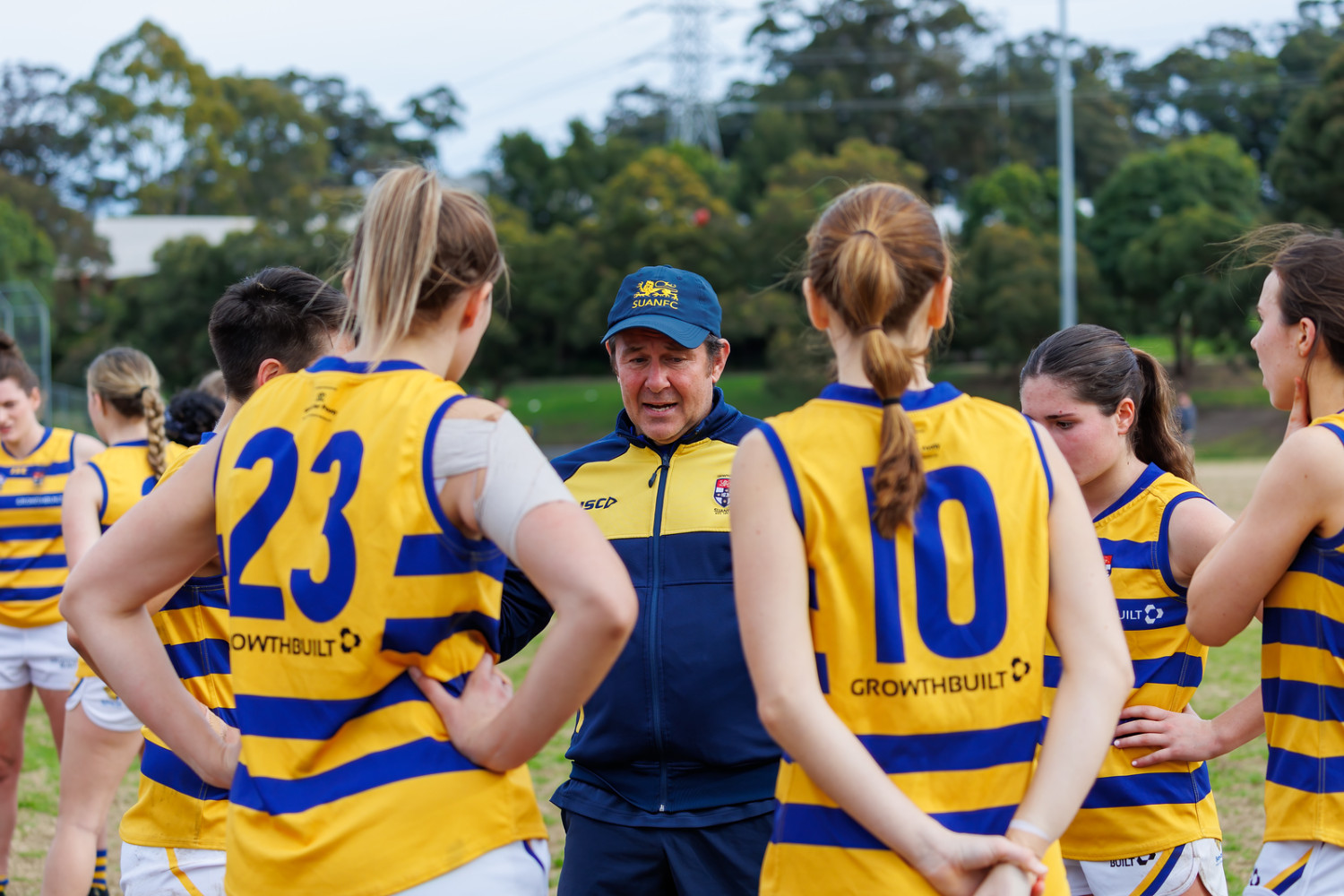 While newly appointed Men’s coach and club stalwart Matthew Vicic, referred to by his teammates as simply ‘MV’, will take on his first ever head coaching role next season, he’s no stranger to the whistle nor the club. Joining the U19 Colts program 10 years ago and progressing into the NEAFL side just a few years later, he picked up coaching when he found himself with no other way to stay in the game.

“I took some time off playing because I was dealing with a string of bad concussions,” Vicic explains. “I still wanted to be involved, so I approached [then NEAFL coach] Tom Morrison to see if I could try my hand out and help with the coaching.”

A talented tall forward, Vicic gave his expertise as a forward line coach in the semi-professional league, travelling across the East Coast of Australia each week with the Students and helping them make finals for four years straight.

“I wanted to help out where I could. The next best avenue was coaching if you couldn’t play, and I found it really rewarding, so I stuck at it,” he says.

He remained in the blue and gold coaching set up once the NEAFL was dissolved after the 2019 season, transferring his forward line expertise over to Uni’s AFL Sydney Premiership win in 2020. A large portion of that winning team still remains at the club, which makes his job a lot easier.

“I’ve got a strong connection and relationship with a lot of the guys and I feel like I’ve gained that respect and trust with the playing group,” Vicic states. “Obviously I’ve gotta show that as a coach now.”

“I’ve learnt so much from my previous coaches as well in Linds [2022 Head Coach Lindsay Scown], Katie [assistant coach Katie Dean] and Tom [Morrison]. They’ve really helped me get to this position and I can’t thank them enough.”

While Scown stepped down from his role for personal reasons after a promising year at the helm, he’ll be sticking around at the club to ensure this transition goes as smoothly as possible.

“We’ve been very fortunate in the last few years to have really strong leaders in our football program,” says club president Jim Beard. “For us, it is really important to acknowledge that a lot of work has been done to build our brand on and off the field and Matt has already been a big part of that journey.”

“A new coach always brings a fresh perspective to any program, which is always important in ensuring any program continues to progress and develop,” stated club general manager Dani Paszkiewicz.

Vicic will be joined by waves of talent coming from the top age U19 Colts players, who are fresh off a premiership winning season.

“Those players that graduate from the program and come through, I feel it just strengthens each grade in the club. It’s exciting times coming into 2023.”

With a completely different football journey, Women’s Premier Division coach Jon Dyster will return for his second year with the whistle. After coaching the Colts side for a number of years, ‘Dyso’ was thrown into the Womens top job last February, just two months before the start of the season.

Dyster was tasked with a completely new challenge working with his new side – different ages, different levels of maturity and different genders.

“What I found was that obviously when coaching high level Colts there was more footy knowledge. That’s not to say individual girls weren’t knowledgeable but across the group on average that was probably the case.

“Fair to say when you’re coaching the women there’s far less egos involved compared to teenage boys. They had a very good team mindset and that was probably one of the things we were really able to develop. They were very prepared to do team things.”

After reaching a preliminary final in 2022 after starting the year in 8th place, there’s no doubt Dyster is the right person to take the team forward. A well-known figure to many around the club, with sons Matt and Joe playing in the Men’s program next year, anticipation is high to see how he’ll develop his relatively inexperienced side in 2023.

“Jon had a terrific year as senior coach of our women’s program last year,” Beard says. “There is a real feeling of excitement around the club about what we can achieve this year after a full pre-season with Dyso.”

“What we did well last year was continue to build our systems, which I’ve always described as a 21-girl system where each girl comes in and plays their role,” Dyster states. “We want to put out a squad that will do that.”

“Being local, Sydney University is a big part of our community, in and around the Inner West,” says Dyster. “What it also does is that besides the people that work and study at the university itself, the uni provides a bit of a meeting point for everyone.

“The girls program, like the men’s program, has got people coming from different cities or different parts of Sydney that have settled in and around the Inner West and have brought a great attitude here,” he states.

“It’s a real open minded and friendly club, and I think that’s prevalent because of the type of people that have been brought here.”

Pre season commences on Tuesday the 29th of November at Bat and Ball oval.