Scown came to SUANFC following the 2019 season and took on the role of NEAFL Senior Assistant Coach (Development), before moving into the role of Senior Assistant Coach in the Men’s Premier Division side for the 2020 and 2021 season. Scown brings with him a wealth of experience in developing young footballers and is an excellent addition to the Men’s Senior Coaching team. Scown has a number of years of coaching experience in the Men’s Premier Division competition at both East Coast and Inner West, and even after just one season with SUANFC has already cemented himself within the club and has made a lasting impression as an extremely educated, well liked and respected coach.

Jon comes from a rich background of coaching in local junior football with the Newtown Swans, and has been coaching within SUANFC in the U19's program. 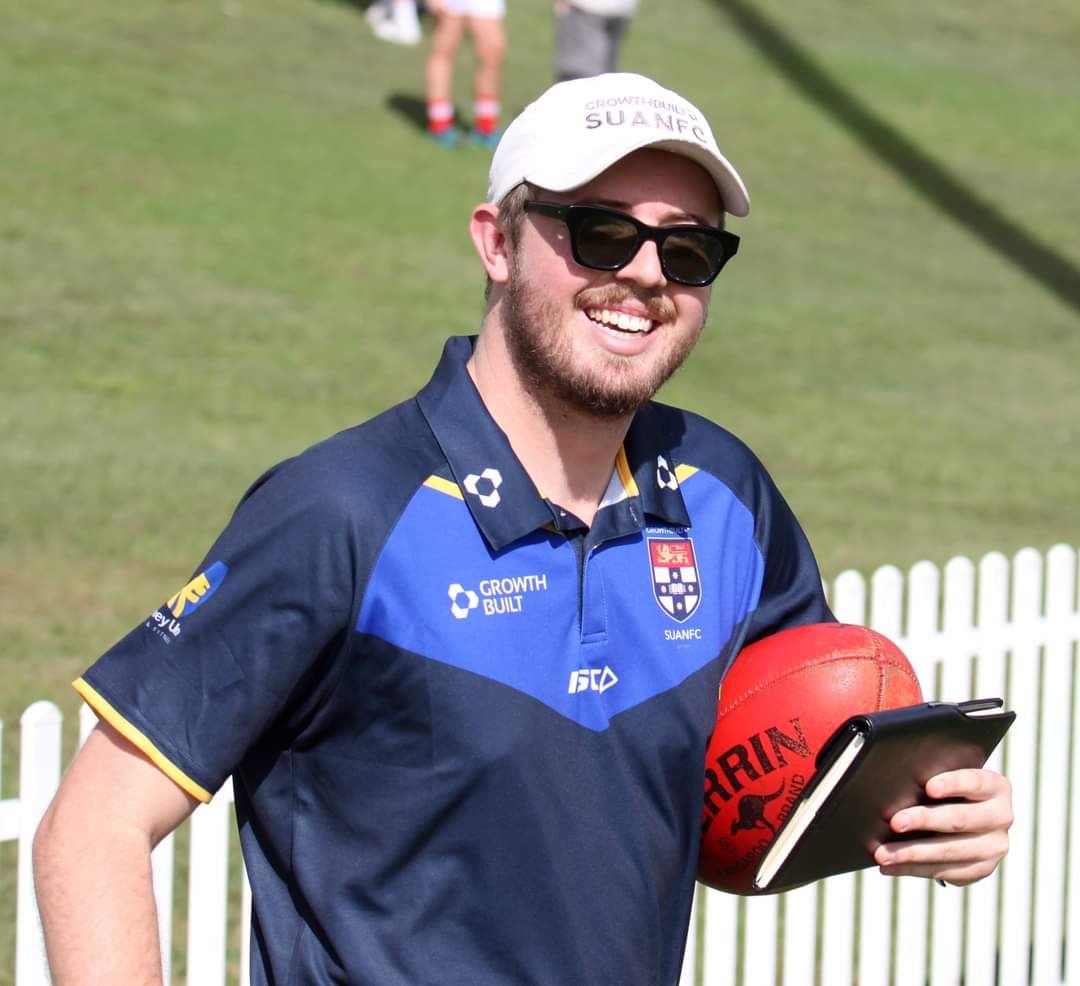 Men's reserves coach
Gibbins will move into his new role of Men’s Reserves Coach for the 2021 season, coming from his previous role within SUANFC as Colts Head Coach. Oscar came to SUANFC in 2015 from Glebe Juniors, and has played in the colts, Men’s Division 1, 2 & 3 and Reserves sides. Oscar took up coaching in 2015 and has coached in the Independent Schools Comp at Knox Grammar, within Junior Football at Canada Bay Glebe, and within the Colts program at SUANFC. Most recently, Gibbins coaching role saw him overlooking the colt’s program as Head Coach, and with a particular focus on skill development and leadership, he has seen playing numbers rapidly increase within the program as well as ensuring on field success. SUANFC is excited to be able to promote such a talented coach from within its own ranks to Men’s Reserves coach. 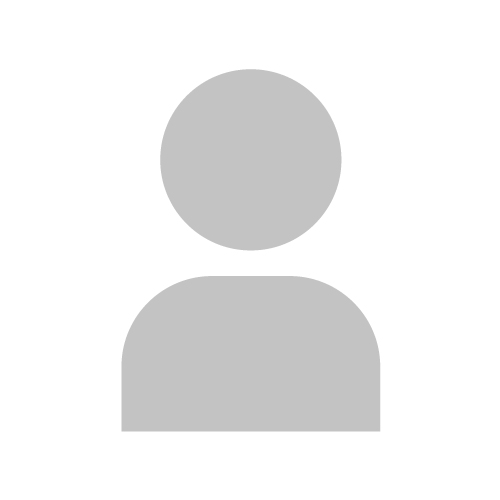 Men's Div 2 coach
Landing at SUANFC last year, Daniel made an immediate impact with his speed on the field, becoming a key asset to the half back line of the successful Reds team. With coaching experience in South Australia, he brings a great combination of experience and dare to the Men’s Division Two team. 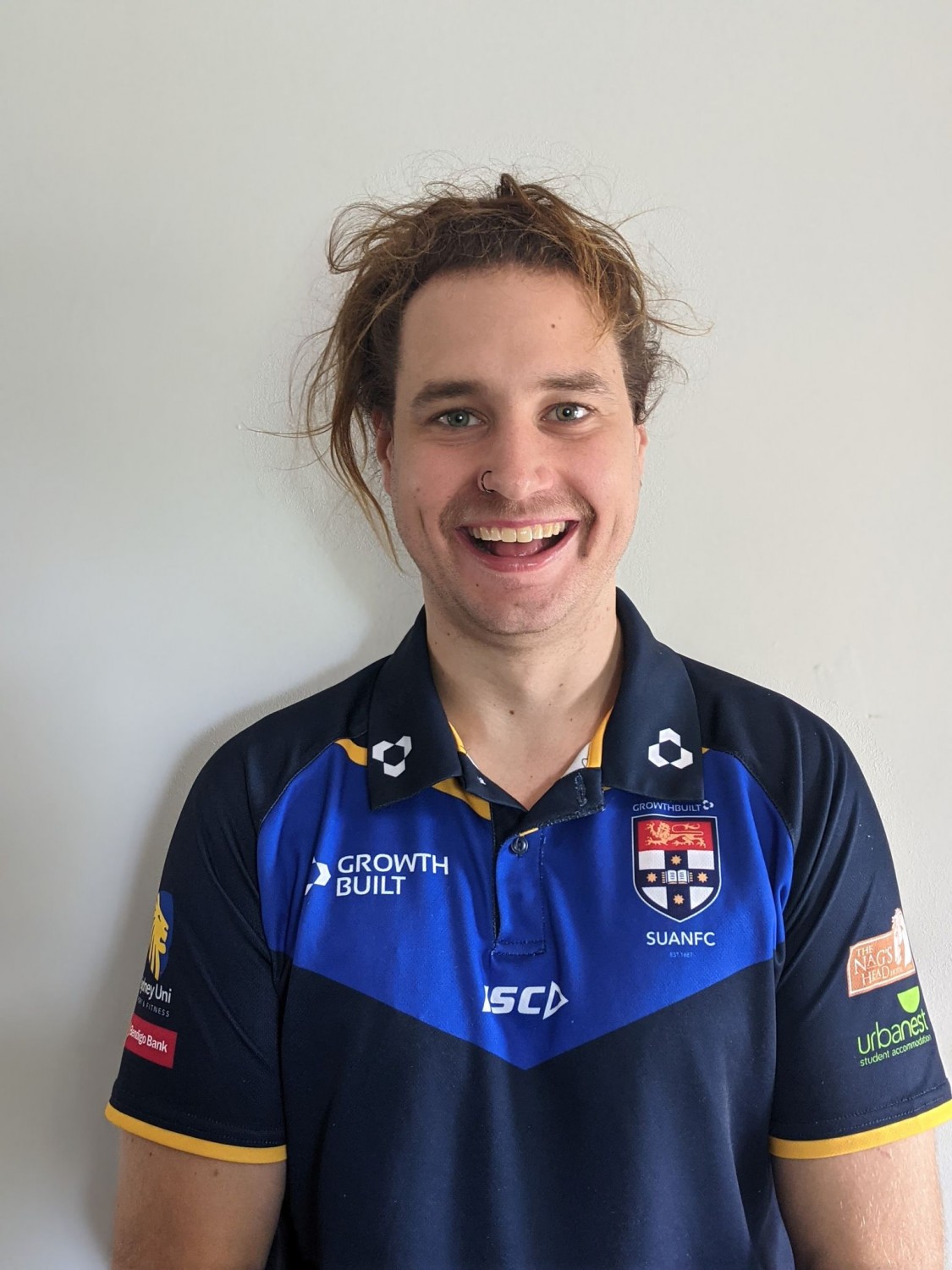 Men's div 3 coach
Jensen has had over 10 years of playing experience in AFL, with playing senior football for Wollondilly from 2011-2017 (100 games). He has also served on the board for 3 years including secretary and vice president, captain for 1 year and assistant coach for 1 year. Moving over to USYD in 2018 (to almost 50 games) he has played in all 3 rainbow teams and captain of the golds for the past 2 years. Jensen’s coaching experience started in 2017 where he has coached the Wollondilly U17s in 2017, coached the BHS school team for 3 years since 2017 and co-coached the U17s Glebe/ Canada Bay side in 2020. He was also a participant in the 2004 Paul Kelly Cup for the best primary school kids in rural NSW, SUANFC welcomes such talent to be the head coach of the Men’s Division 3 team.

Men's div 3 coach
Having spent lots of his colthood rubbing shoulders with Jarrod Witts, Justin’s picked up a think or two about AFL. A veteran of SUANFC, his team will no doubt be made up of players hitting packs hard. The Mens Division 3 mids will learn a lot under his tutelage, and forwards can expect top quality delivery as the year goes on.

Colts senior coach
Spehr will be going into his 6th year of coaching AFL in the 2021 season, as Head Coach of the Colts team, Spehr will bring great knowledge and skill to the team. As said by Jon Dyster, “I am excited to have Tim join our Colts squad as Head Coach. His experience already in the Uni football system will bring a great understanding as to what it takes to develop young footballers to play the Student way. I know Tim to be a knowledgeable and committed coach who I am confident will continue the success of our Colts program.” From experience such as Head Coach of many team levels to helping players gain acceptance into the inaugural Swans Youth Girls Academy, SUANFC are very pleased to have Tim Spehr as Head Coach of the Colts team.

Colts div 2 coach
Jeff is a long-time coach having been the first club coach at Newtown Swans in their foundation year in 1999. Since that time Jeff has held the role of Coach of the SUANFC Reds, along with a number of years of coaching at youth level before joining the Colts program for the 2019 season.

Kindly fill out the form and we will be in contact to discuss sponsorship opportunities further.